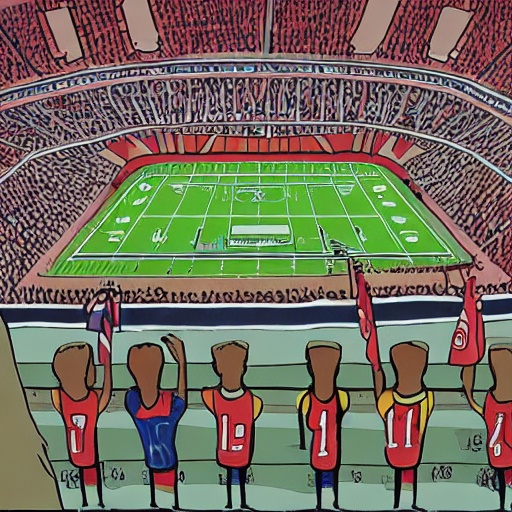 The Fandemonium that Binds

Sport as Story as Civic Unifier

It was over lunch during last year's Gluecon conference that I got some seriously incredulous looks. The topic had drifted onto the conversation of sports. The stranger that I had struck up an argument with maintained that the Denver franchises were irrelevant, an unenlightened throwback to savage times gone by. I contended that sports are one of the few civic unifiers that our fragmented, narrowcasting world has left. That raised an eyebrow.

It isn't hard, especially prior to the Super Bowl, to find authors hand wringing over what the NFL is doing to us. And while there are some valid points there, many more settle for cheap snark; simultaneously mocking an event they are "too sensible" to take part of while (ultimately) contributing to the game's awareness. The cacophony misses the cultural benefits that sports in general, and the NFL in particular, grant a geographical region. Probably because putting a dollar amount on the stories that bind is hard.

Robert Alter wrote about the mythos we bestow upon communities in his 2005 book, "Imagined Cities". It described how, with the progression of technology in the nineteenth and twentieth centuries, metropolitan areas became more diverse. Where clear roles used to exist — Pittsburgh made steel, Charlotte grew cotton, Seattle was a fishing and trade outpost — people were suddenly doing a whole slew of things across numerous industries. It was this dilution that required new narratives to be written. Sometimes these stories were just the past facts romanticized for a new age. Others were outright fictionalizations. But they ultimately came to describe someone's 'home'.

In 2011, Emily Duda published a wonderful master's theses called "Sports and the City: The Rhetorical Construction of Civic Identity through American Football Teams". Not only does she mention Robert Alter's work but she details the importance of this myth-making (emphasis is mine):

"While the city of Pittsburgh faced a decline in industry, the Steelers simultaneously experienced their longest and most well-known era of success during the 70s. As the reality of factory life began to fade, the team (which was especially known for its defense) more intensely articulated a connection to 'blue collar' life which was otherwise deteriorating. The idea of the Steelers functioning as a 'blue collar' team regardless of the city's economic makeup suggests that the team has emerged as a way to maintain a civic identity which was otherwise crumbling. Because Pittsburgh's economic decline meant that there were no longer enough jobs to support the population, the city experienced a population decline. A number of fantasy themes emerged out of that population shift. Leaving Pittsburgh is often figured in political terms, as a type of economically motivated diaspora, or in religious terms as an exodus. Because of the implied unwillingness to leave the city, there is attendant nostalgia. Performing the team identity and using the team's symbols is articulated as a way to maintain both the identity of the city (i.e. the perception of Pittsburgh as a blue-collar town) and the civic identity of those who once lived there (i.e. fans who relocated, but still believe themselves to be 'Pittsburghers' and maintain an affiliation with the city). Adherence to the team functions as a connection in the absence of geographic and temporal proximity, recalling a city removed by both distance and time."

This Sunday the Denver Broncos are playing in the Super Bowl. I have never lived in a place where the team is as beloved and ingrained into the city's cultural identity as the Broncos are (from Elway's restarants to Peyton's frequent audible 'Omaha!'). The mythos is about an untamed power, independence, ruggedness, and speed. The Broncos are inexorably linked to the Rocky Mountain region; if one skips the corporate sponsor, their stadium is "Mile High". Their opponents, the Seattle Seahawks, likewise have been able to create a powerful narrative: the 12th man, the collective persona of the city willed into insane, physical existence.

People have a natural need to belong to a group. They want to be part of a winning team. They want to believe the positive stories about their city because, ultimately, it is the story they want told about themselves. Rather than belittling those enjoying something popular it would be better to recognize it for what it is: a participatory story in the pursuit of self. Trust me, I understand that is a romantic notion. But it is very real. And I don't know if you can put a price on it.