I'm constantly curating. Whether it's recording a random association that strikes me as illustrative or bookmarking a neat quip to revisit later, I'm a hoarder of bits. The problem with this approach, however, is that I've gotten very good at saving and still have difficulty with *editing* it into meaning. Data without the rigor of synthesizing into knowledge is just Facebook.

I have a difficult time with editing because I'm not nearly as practiced with it as I am accumulating. When a person (or, at least, a dutiful one) chooses development as a career, they commit to continual learning. To be successful, particularly on the web, vigilance is required because the terrain is constantly changing. There seems to always been something new to learn. "What's next?" is as good of reason than any other to cast about for distraction.

This can be addictive. As researchers have discovered:

"...that not only did money, food, and sex also activate these reward centers, even pictures of these things had the same effect. And most recently, an experiment done with monkeys showed that even a little bit of information stimulates our brains' reward centers. And what is the internet besides a collection of millions of bits of information—hit after dopamine—releasing hit."

As someone with "researcher" tendencies (according to my Enneagram profile) the endorphin hit from discovering a new online meme to mine is particularly acute. I feel joy on a focused Internet exploration only to discover, at the end of too many hours, I have little more than fools-gold; and that's only if I take the time for refinement (ooo, I wonder what Google has if I search for 'idea refinement'?).

While not nearly to the same degree, living in a metropolitan area provides a similar level of excitement. It is easy to be hyped-up on an endless procession of Meetups, Ignite talks, user groups, co-working facilities, and conferences. A city has a set of diverse, hopefully new (and possibly unique) stimuli.

But assuming in-person attendance automatically equates to personal growth is a mistake. Likewise, consuming information does not necessarily lead to becoming knowledgeable.

I grew up in an extremely rural area of South Dakota. I decided a long time ago that I would lose my mind out of boredom if I lived here permanently. But I love visiting. The isolation begets contemplation. Stillness allows for study. Remoteness hushes both signal and noise. Without a cacophony of competing story lines I am left to construct my own narrative. 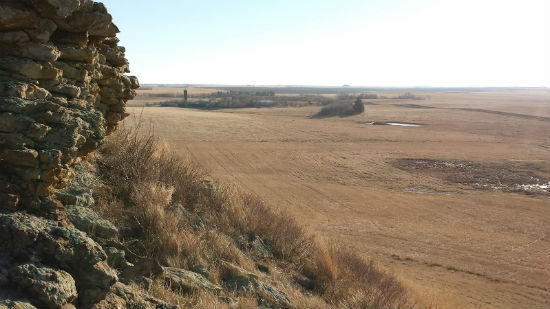 It's time for a vacation; not one of physical gratification but of mental purpose. The timing with the holidays is good; ground breaking industry announcements don't happen between Thanksgiving and Christmas. I'm resting the feed reader. I'm refraining from refreshing the pod-catcher. Twitter and Facebook won't notice if I'm gone. And I'm sure I'll be able to find the same Pinterest content next month.

Fear of Missing Out such a strong human feeling it's ascended to hashtag status. But maybe a self-imposed vacuum will give me a chance to practice that woefully undervalued human trait: creation.

Shortly after I posted this article, I came across this mini-documentary from across the pond. They perform an experiment with a number of individuals who fear they may be "addicted" to the Internet. While there may be some unsatisfactory resolution, it does raise some interesting questions.

NO INTERNET WEEK: FULL DOCUMENTARY from Mother on Vimeo.