You knows things have peaked and are headed towards the hype cycle's trough of disillusionment when even bus advertising is snarking up in your biz-ness. 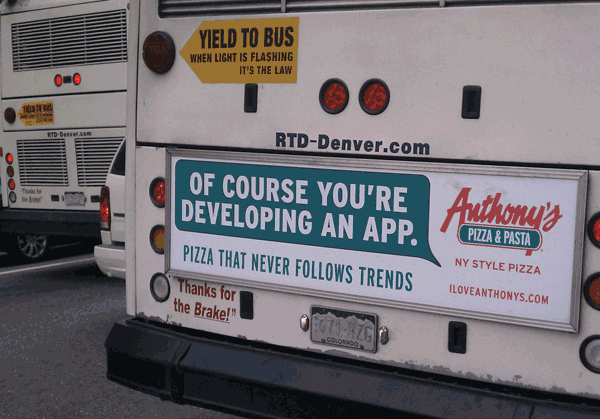 Samsung even did an entire ad campaign around a fictionalized startup and their game app, UNICORN APOCALYPSE. Unfortunately, I have first hand experience with all too many of the situations reenacted. The fact that I can laugh about them now says that either (1) I am a saint, able to remain stoic in the face of the inane or (2) the meds work.

It was against that backdrop that Placewise Media recently held its kickoff for Shoptopia, the project I'm technical lead on. It was sharing the direction that a small subset of us had been working on for nearly six months to the rest of the company. While people may no longer be excited by yet-another-app we think we're making something special that will transcend advertising snark.

We started with some of the most greenfield requirements I have ever had in my almost 15 years of development. The only constraints in those early discussions was that the app:

When those are your starting constraints there is lots of fertile ground for discussion. Shoptopia isn't about scratching our own itch. Much of those early meetings centered on defining what things are valuable to most people. Many whiteboard markers were sacrificed to the muses of understanding before epiphanies appeared. 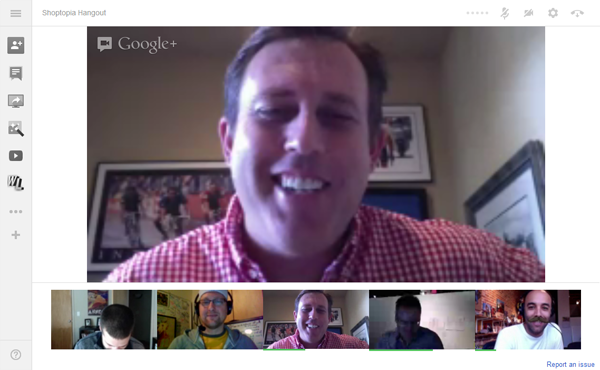 There are plenty of apps in the marketplace. What we identified is that they aren't the right apps. A store, like Target, may have its app but have nothing to do with the other half-dozen places you're likely to frequent. Brand apps, like Guess, rarely do a good job of letting you know if they're nearby and/or if they are on sale there. There are deal apps, but they're rarely based on physical location and, if they are, they're a firehose of things rarely related to your interests: just because you're standing outside of a Sbarro doesn't mean you're hungry, or interested in pizza, or lactose tolerant. 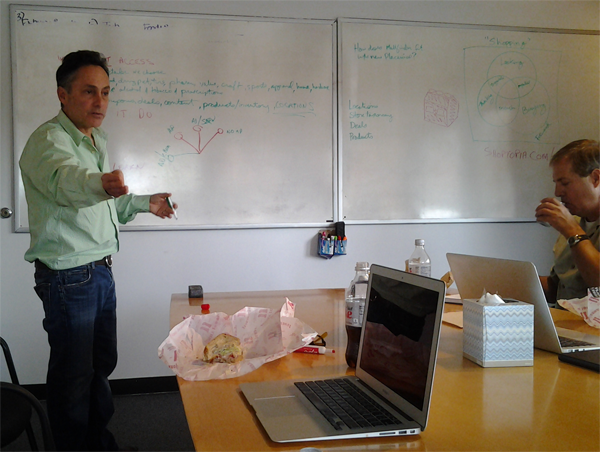 From these issues we iterated toward a product definition. One of the earliest and powerful crystallizing examples was Pandora. When you start a new Pandora station you're given a stream of artists that approximate what you want to hear. Over time, you're able to refine the experience by giving feedback (skipping, thumbing up, or thumbing down). The result is an audio journey filled with happy surprises and welcomed favorites. That customized, personal listening experience is an automagical thing.

In much the same way Shoptopia could provide "personalized shopping DNA" from an otherwise overwhelming, chaotic genome of retail options. It would serve a stream of interesting products, deals, and stores based on a person's unique interests. We would build something that would be just what you want, right when you need it. 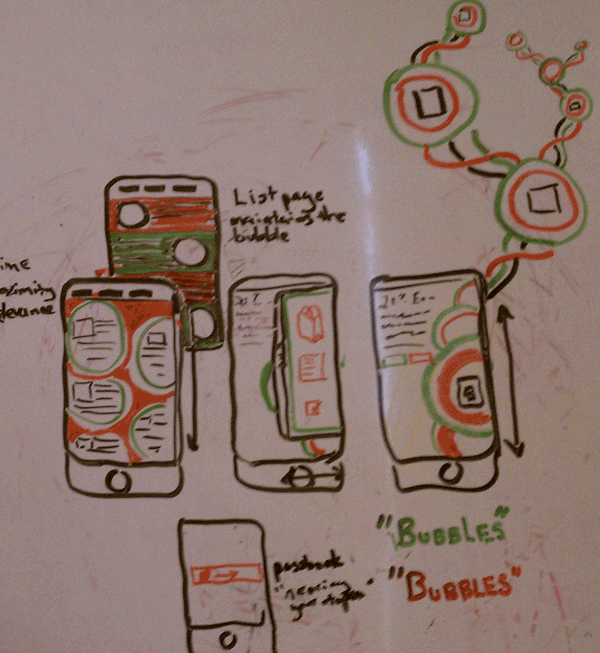 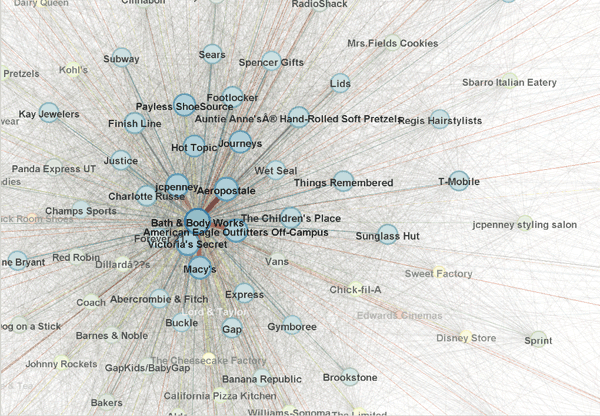 Automagical isn't without its drawbacks, however. Get too clever, like Target and its ability to predict pregnancy, and people (rightly) flip out. That lead us one of the most powerful design mantras of the project:

Deals showing up without your input? That's a little creepy. Products suggested to you not because you'd like them but because a company paid us a lot of money? That's more creepy. Collecting information about you, your friends, your wants and your desires so we can sell them to anyone for big bucks? That's maybe the creepiest of all made worse by the context. When we're talking about an app we are, by extension, talking about your mobile phone: a very personal, even intimate, thing. You caress it. You talk to it. It is the first thing to stash in your pocket before you go and the last thing you look at before falling asleep. Anything that implies we're voyeuristically spying via your *precious* for who-knows-what is out. Full-stop. If the first rule of Shoptopia during its formulative days was don't talk about Shoptopia the second remains don't be creepy.

With the idea solidifying it was off to Austin, TX to meet with BestFit Mobile. This was both to both qualify that we were on the right track and evaluate their fit for the front-end development. 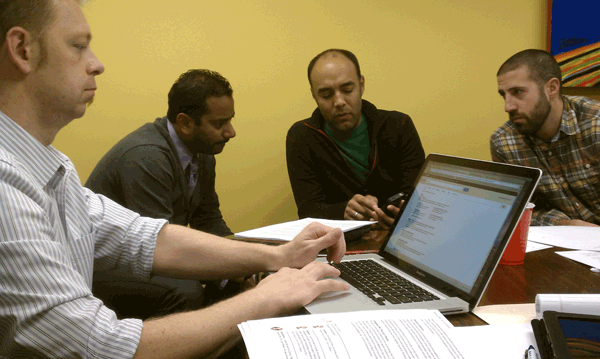 And that brings us back to the announcement party. It is humbling to think back on some of those initial conversations. In the past six months the space has gone from barely being served to frothy with investment. Potential competitors seem to be arriving on a weekly basis. They are tackling the shopping problem from various, unique angles. First mover advantage is gone. Our success (or lack of it) is up to how well we execute. We have to deliver every ounce of the utility we want without an iota of creepiness seen elsewhere. 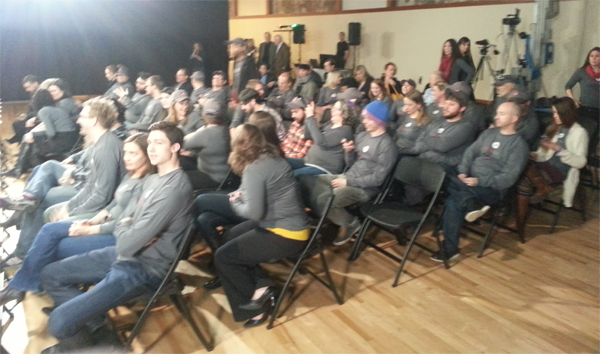 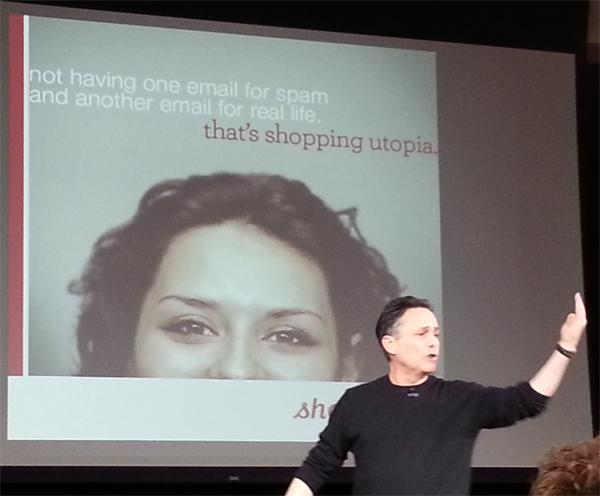 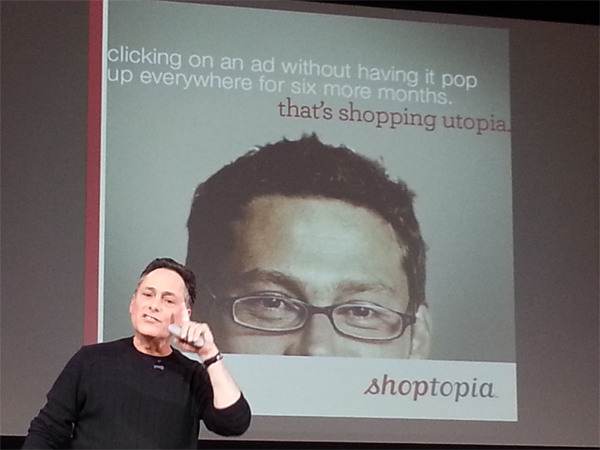 That is the why of Shoptopia. As you probably guessed, much of that heavy lifting is with APIs. As I build, where appropriate, I'll share the 'how'. Until then, however, I can say Shoptopia is coming to an IOS device near you in Q2 of 2013.

The API Economy and the Amen Break